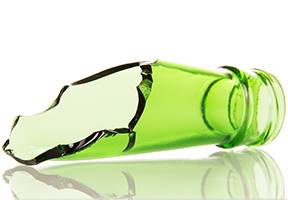 Clinical trials are inherently complex, from pre-study startup through to final close out and data analysis. Also – water is wet. No one would dispute either of these statements! What is just as much a certainty in peoples’ minds is that clinical trial agreements are the major bottleneck in clinical study startup, often adding many months to the duration of a site’s activation. This may have been true for the most part over the past 10-15 years, but is this still truly the case?

Canadians want to participate in clinical trials, but often none are available

A 2016 Ipsos poll found that Canadians are extremely interested in participating in clinical trials, if one was made available or suggested to them. As many as 70% of Canadian patients said they would be interested in taking part in a clinical trial, but only 11% reported that participation in one had been offered to them. Most patients admitted they would expect their primary physician or oncologist to be the person suggesting or recommending a clinical trial (1).

Unfortunately, the number of clinical trials, particularly early-phase clinical trials in oncology, are rapidly declining in number and availability in Canada. From June 2015 to July 2016 only 11% (n=79) of US phase I or II oncology clinical trials run by industry also opened in Canada. Exciting and cutting-edge oncology clinical research is taking place, but much is excluded from Canada. Considering 5 key cancer immunotherapies in early clinical development today, these compounds are almost 6 times less likely to be available in a trial within Canada versus the US (2).

The outcome? Canadians want to participate in clinical trials, but are often unable. This has a significant and far-reaching impact. These trials, particularly early-phase trials, provide options to Canadian patients who are refractory or intolerant to established therapies, or have progressed following them.  Also, they allow Canadians to have a greater say in their own health care and participate in novel trials that may influence changes in standard of care. Phase I trials simultaneously generate new knowledge about novel agents and combinations of agents and, by virtue of having a therapeutic intent, can provide patients with clinical and psychological benefits (3).

For all drug developers, time is money

Important initiatives such as Scimega’s Reverse Feasibility Program are helping reverse the decline of early-phase oncology trial availability within Canada by attracting exciting drug developers into the country, and making the start-up phase of trials more efficient and faster. Many US drug developers would admit that Canada is not top of mind for their clinical research plans. But, most would also admit that any advantage within efficiency and/or timeliness of site activation and patient enrolment is a huge financial incentive for them in their clinical development plan.

Clinical trial start-up is a critical endeavor for any small- to medium-size drug developer in the US and Canada. It is estimated that standard oncology site start-up takes an average of 155 days, with an estimated cost of $20-30k to initiate each clinical site participating in the trial. Add one day to a clinical trial and it could cost $1 million. Lose one day from market exclusivity of your successful drug and it could cost you $10 million (4).

Clinical Trial Agreements are no longer the bottleneck they once were

In 2010/11 the federal Canadian Institutes of Health Research (CIHR) launched a project to create a common contract to facilitate research between researchers and industry, this following a report from their Strategy for Patient-Oriented Research (SPOR) committee. Alongside the creation of the Canadian Clinical Trials Coordinating Centre (CCTCC) the initiatives aimed to strengthen the environment for clinical trials in Canada, including the streamlining of processes for companies and researchers, with an aim to regaining Canada’s competitive advantage for hosting clinical trials (6).

Clinical trial agreements have certainly fallen under increased legal scrutiny by stakeholders in the past 10 years, which has resulted in elongated times for drafting, review, and negotiation versus years previous. This increased scrutiny has affected the way clinical trials are now conducted, as the duration of study start-up at individual sites is increased, and planned as such. Indemnification and liability remain the primary contractual issues under consideration by most site contract review teams, while resource limitations dictate how quickly a CTA will be reviewed once it has been received by the site.

With the emergence of basket trials in the early-phase oncology setting, clinical research teams are…

6 Critical Factors for Prevention & Mitigation Collecting clinical data that are accurate, reliable and…

What is Most Important When Conducting Oncology Clinical Research in Canada?

Developing oncology compounds is a constantly evolving process, and with the dramatic rise in costs,…