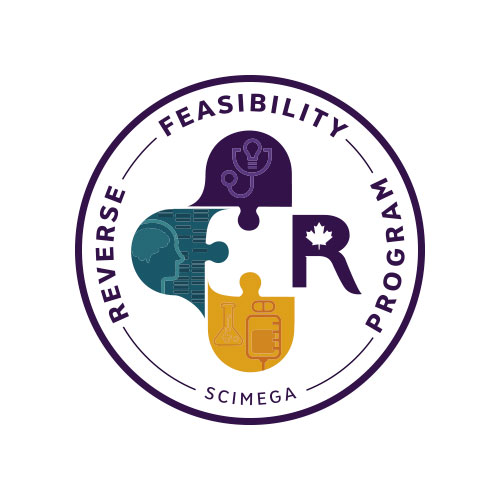 In this interview, Dr. Quincy Chu, Medical Oncologist at the Cross Cancer Institute in Edmonton Alberta, discusses the ways in which targeted therapeutics have affected how clinical trials are now conducted, and how increased collaboration among several early phase investigative sites in Canada has led to higher enrolment for several trials.

He also offers advice to oncology sponsors on how they can improve collaboration with sites to speed up start-up times. You will hear why Canada’s centralized healthcare system is ideally suited for both novel, early phase trials as well as for expansion of Phase III trials facing recruitment hurdles in the United States.

Can you tell us about the mission and vision of the Cross Cancer Institute?

Our goal is to improve the understanding of the drugs, as well as the biology of the cancer. I think we all believe in the fact that clinical trials is the way to improve the patients’ outcome as well as to better understand the disease processes that we’re dealing with.

What are you clinical trial objectives as they relate to the needs of your patients, as well as to your personal research interests?

We always try to strike a very good balance between the two.  We always look for new clinical trial opportunities even for indications for which there are established drugs. We all believe that there is a better treatment out there than what we currently have. We always think that by enrolling patients we can improve their outcome and that we may stumble upon some new ideas brought about through future trials.

We want to be involved in innovative trials that may have the potential of helping our patients.  For example, ALK (anaplastic lymphoma kinase) is currently being detected by IHC as an established screening technique, but there are certain companies developing innovative approaches. We are very willing to participate because not only will the turnaround time be shorter, but the amount of tissue required will also be less. This means we’ll be able to make a difference in gaining access to any of the ALK inhibitors faster, which is a benefit to everyone.

We get the feeling that some U.S. sponsors tend to overlook Canada for the drug development programs.  In your experience, what value can Canadian sites provide in the global oncology trial arena?

I think smaller biotechs tend to have that tendency because they don’t know about the landscape in Canada. Health Canada used to have a reputation for being very picky, but they have actually become very fast in their response times. They really stick to the 30-day protocol review deadlines they set out. I’ve also heard comments from some pharma companies that Health Canada has picked up certain things that other regulatory agencies have missed.

I think what U.S. sponsors sometimes forget is that we are a very centralized system. As a result, we often have better patient access than some of the big U.S. sites. Because we treat everybody there’s no competition for patients so our enrollment will usually be on or above target.

One current drawback in Canada is the cost. More and more sites will require cost recoveries for scans, lab tests etc., and it does impact our competitiveness, but I think the good part is that our data is good, which means sponsors will not have glaring issues that will compromise the data or patients’ outcomes.

What are the key attributes that we would find at the early phase units in Canada that can contribute to early phase oncology trials?

There are a few of us around – in Vancouver, Toronto, Hamilton, Montreal, Ottawa, and London, Ontario. Whenever we do the trial together we want to be the highest recruiter but we very often will see that other sites will say, “You have a trial that our patients are interested in, I will send it to you.” I’ll then help to manage the side effects or to have some initial discussions with the patient.  I think that type of collaboration helps ensure that, as a country, we have very decent enrollment.

I have received referrals from various institutions in BC, Calgary, and Manitoba for Phase one programs, as well as Saskatchewan, for our Phase I/II programs from various.  That kind of collaboration, although never written down on paper, seems to happen a lot in Canada. It makes this country work very well, and our own universal healthcare system will take care of business.  The provinces will negotiate with each other about the price of a CT for example, while the patient and physician are left out of it. All we care about is getting trials that we think our patients can benefit from.

We’re seeing the traditional approach to feasibility studies become far less effective, especially given the challenges associated with targeted therapeutics.  In your opinion how has the trend towards targeted therapeutics affected the way clinical trials are now conducted?

Mutations in indications like melanoma and BRAF are between 30-40%, but they could be 50% for KRAS in colorectal cancer. More and more of these mutations are extremely small, but at the same time we really don’t know exactly how prevalent these mutations are so it does prevent us from taking on these studies because we have to make ends meet from a financial point of view.

If we screen 15 patients, for example, and still don’t enroll any patients, we  may not be able to recover the costs for all the safety reports. The traditional feasibility study approach doesn’t work very well because we often don’t know how many patients we’ll be able to enroll when we’re dealing with targeted therapies in very rare indications.

Another big issue with targeted therapy, is that sponsors now require tests to being done.  But if those tests are not routinely offered at the various sites, and there’s no central molecular testing being done, then that would also limit our ability to put patients on these types of trials.

Can you point to any examples where sponsors have involved you early on in their drug development planning and the impact that collaboration had on quicker site start-up and patient recruitment?

It used to be that Phase I studies would only use two sites, whereas nowadays there may be five or six sites.  Sponsors send a draft protocol and then get us to comment whether we think there is anything that might impair enrollment or whether there are any other value added biomarkers that they’re not aware of so they can build it into the protocol.

I can think of one example in which the sponsor had a compound for which they did not have any particular biomarkers. When we looked at the literature there was some evidence of different isoform, which could have an effect on the benefits of the drug.  The sponsor took our advice and collected tumour samples and was able to identify a potential biomarker. They are now launching studies that are based on this particular biomarker in some very common disease sites, which turn out to be about a 40% chance that this particular abnormality will occur.

What can investigators do to improve their chances of attracting cutting edge trials they need for their patients and not just their research interests?

There are a few things we can do. The first is that if we go and do a trial we have to deliver. Meaning that we have to accurately estimate how many patients we can enrol. If you over accrue, great, a sponsor will think you’re the greatest thing since sliced bread.

The second thing is that our data has to be good.  As I mentioned, our costs are not the lowest, so if we do not have good data sponsors will not come back. The third thing is to try and get your REB as well as the person in charge of contracts to be on your side and to try to speed up the process of assigning the contract and getting the final REB letter.

If they have questions we answer them really quickly to ensure we get the final letter of approval as quickly as possible. I would say 15 years ago collecting tumours and all those were huge fights with the REB.  But due to the effort that we have made, nowadays when you sit in the REB they don’t even look at this, they consider it to be routine.

In your experience, how important are initiatives like the Reverse Feasibility Program in helping attract early phase trials to Canada?

I think it fits perfectly with what I want, what I need, and what I can deliver.  The Reverse Feasibility Program allow both us and the sponsor to see if there is a good fit without wasting too much time. It also gives our sites the opportunity to deliver really good data and to say, “This is what a Canadian site can do.”  Pharma companies, and particularly smaller biotechs, might then look at Canada as being very similar to some of the big U.S. sites.  This improves our visibility, and our level of attractiveness for oncology clinical trials, so I think this is a very good thing for everyone involved.

Is there anything else sponsors can do to improve their collaboration with investigative sites and ensure quicker site start-up and patient enrollment?

When you have a draft protocol, send it out early to the sites, so that we can look at it from an operational perspective, in terms of molecular testing and to give us an idea how likely we will be able to enroll patients, and what kind of team we’ll need. This gives us a chance to smooth things out first before the trial is launched, so that we don’t have surprises. I think that make it easier for us to meet the timelines and enrollment targets.